As part of Tailored Image’s extensive contract with the Irish Defence Forces, the company was tasked with providing military dress uniforms to the Escort of Honour, one of the roles of the Cavalry Corps.

The uniform worn by the escort has been developed over time to reflect the style of the original horse mounted Cavalry, known then as the Blue Hazars.

The equestrian elegance has been retained in the jodhpur style trousers and riding boots, while the lanyard worn on the right shoulder carries the black, red and green of the original Cavalry, although their jackets are now clearly green unlike that of the ‘Blue Hazars’. When not wearing helmets, the Cavalry Corp’s headwear is the traditional Glengarry cap. 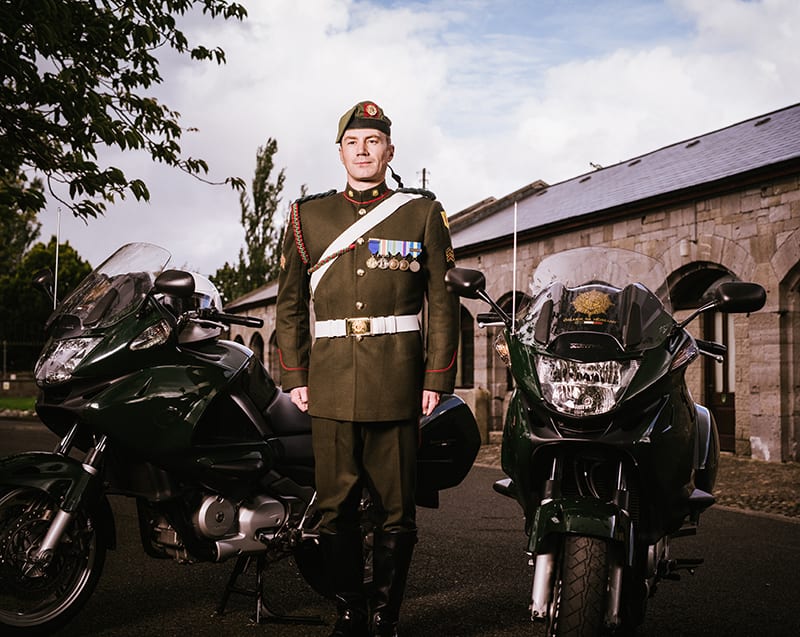 The Escort of Honour currently ride 700cc Honda Deauville motorcycles and fulfil the role of outriders and escorts for the President and dignitaries at major state occasions where the appearance of the riders is a critical part of this world-class presentation.

The quality of these military dress uniforms demonstrates the standards and attention to detail which has made Tailored Image the trusted source for many major contracts across the UK and Europe. 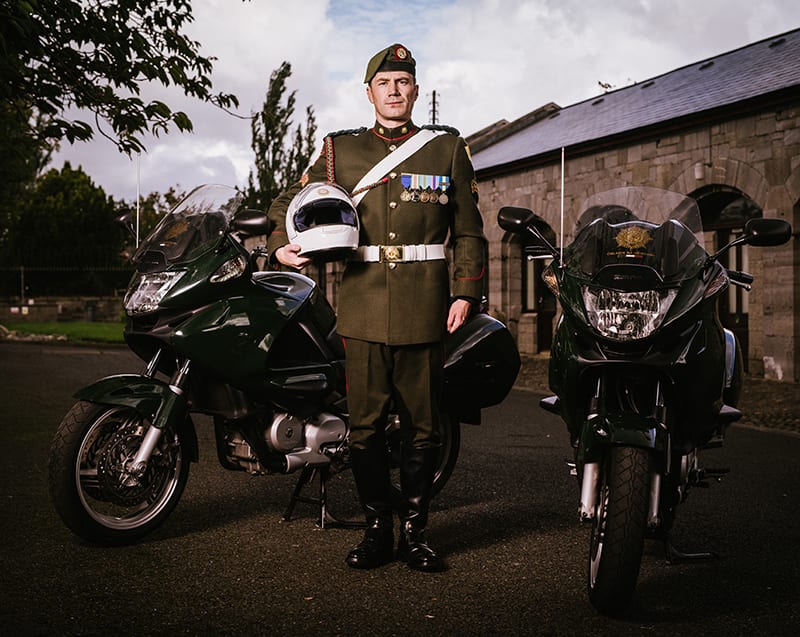 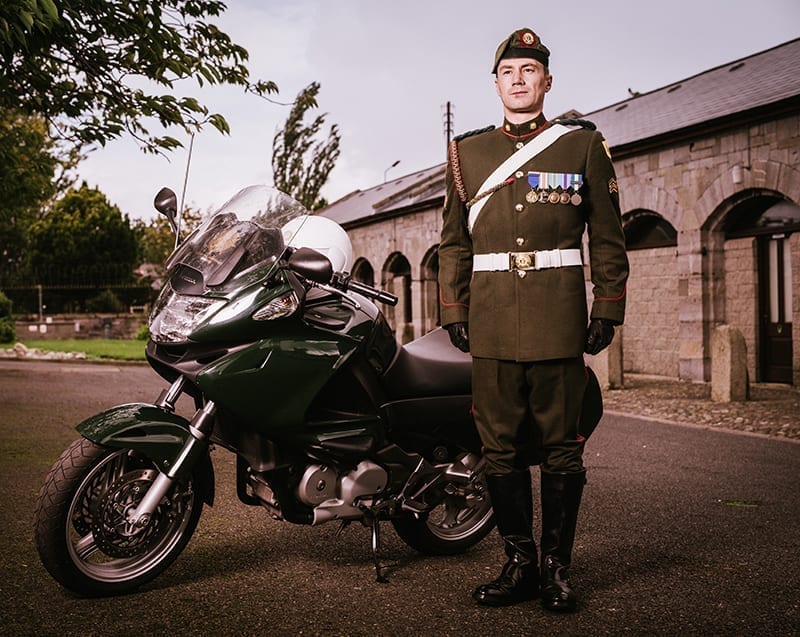 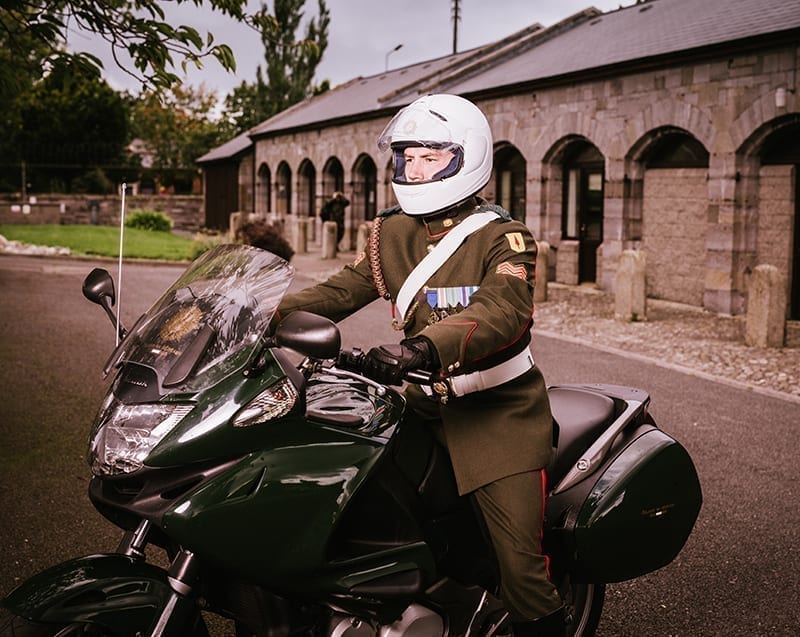 We would love to work with you on your uniform requirements.